Good afternoon Motorfest fans,
After months of work and several news articles you’ve probably seen, Ormskirk Motorfest sadly won’t be running this year.
This is for a number of reasons including time and funding. Although some progress was made with West Lancs Borough Council, there simply wasn’t enough time left to guarantee that all the necessary safety measures could be implemented to make sure the event runs as safely and smoothly as it has each year.
There have been several news articles and conversations online regarding the funding of the event. It is true that West Lancs Borough Council reduced its funding support for the event. They didn’t pull all funding, but as a club, we managed to secure enough sponsorship to ensure that Motorfest remains a free to attend event for everyone.
The good news is that for 2023, we have options to keep Motorfest in Ormskirk, at a different venue to Coronation Park, with the involvement of local business and community organisations.
We know its been an up and down few months, but as a completely volunteer run event, we want to make sure the event remains free to be enjoyed by all.
Our other event, Southport Classic and Speed, will be going ahead on September 10th and 11th. Follow the page for further details as we buildup to event day.

Less than two months ago, West Lancs Council suggested that Aintree Circuit Club should pay for a public event, the Motorfest, from its own reserves, as the Council wasn’t prepared to provide ANY funding. We refused, and were prepared to walk away from the event.

As it stands, Aintree Circuit Club agreed to fund over 2/3rds of the cost of Motorfest via trade stands sales and some small sponsorship arrangements. This was in order to save the event, as WLBC claimed it no longer had the cash or resources to support the event. Additionally, at the June 7th Cabinet meeting, the Labour Group voted to provide ZERO funding for future Motorfest.

Motorfest has always been a Council lead and funded event with ACC acting as a service provider for defined delivery points.

All Motorfest costs have been for service costs either contracted directly by West Lancs Council, such as Road Closures, Traffic Management, Policing, safety barriers, car park closures, liaison with town centre businesses and residents affected by the road closures, some advance signage, car park closures, use of Council owned land and car parking at Edge Hill University or via ACC including

Contrary to claims made by certain Councillors that the Club had received funding of the order of £150000, the maximum amount the Club has ever received to provide the above has been £7500/annum. This is documented in Council Minutes and contained within Service Level Agreements drawn up by WLBC. This amount was based on the actual costs of buying in these services and equipment for the first event in 2009 but have risen considerably as the event has grown but the Grant has remained static, with ACC having to fund up to an extra £4000/annum from income generation.  The majority of event costs (Road closures and policing) have always related to services that have been the responsibility of the Council and costs negotiated/agreed by them. Aintree Circuit Club has never levied any charge for its time or expertise and remains a not for profit, limited by guarantee organisation with any surplus’s used for reinvestment into Motorsport including the purchase of safety related equipment.

As has previously been stated, approval for Motorfest to run was not granted by WLBC ESAG until 14th June, which was already outside the normally accepted timescales for a road closure application to Lancs County. However, no issues were raised by the ESAG in relation to ongoing road works in Ormskirk or any unexpected delays in issuing the road closure approval.

However, Lancs County advised us almost immediately on submission of the application that the ongoing temporary relocation of the Bus Station stops and reserved road space would prevent them from granting the closure.

A further two weeks elapsed when it was revealed that there were further road works in Moor St that we were not aware would affect Motorfest.

After making representations to Lancs County, they then advised early last week that the application would have to follow their normal consultation processes, that would take at least until early August but could drag on until after the event if there were any objections.  They could offer no guarantees.

The Club was faced with potential unrecoverable sums of over £14000 if for any reason the event had to be cancelled at short notice, as there would be no event income.

This was a risk we weren’t prepared to take and hence our withdrawal of support.

The Council could easily have avoided this situation by using its own powers to arrange the road closures, as it did in 2019, but chose not to do so.

If you entered a vehicle for either the Static Displays in Coronation Park or the Town Centre Displays and Parade, you should have received an email from us last week to ask you to confirm that you wished to transfer your entry to this year’s event.

If you did enter in 2020 but haven’t heard from us, please contact us via the Contact Form, providing your name and vehicle registration number to confirm either way if you wish to join us this year, even if you have changed vehicle.

The Cataclean Paddock Special for Motorfest at Aintree.

In support of this one day event held at the historic Aintree Racecourse, we are very pleased to announce that Team Cataclean will be joining us for a special display with race driver Dan Rowbottom, bringing along his Renault Clio Cup car, which took him to 3 wins and 9 podiums of 17 races in 2018.

The car will be on display, using the original plot of the Grand Prix paddock before winners of our competition will have the opportunity to sit alongside Dan and experience his race winning Clio Cup Car in a controlled demonstration run along part of the historic Aintree Grand Prix track.

For a chance to win this experience, you must have a confirmed entry to the event, and like and share the Cataclean Facebook page. Winners will be selected on Friday 28th August at 5pm.

Following further consultation with West Lancs Borough Council, Aintree Circuit Club are delighted to announce that Motorfest will be one of the few very large scale Motor Events to take place on the North of England this year.

It would have been extremely difficult to monitor and control social distancing measures in our traditional Town Centre and Coronation Park locations under current guidelines, so we are now going to bring our wonderful cars and motorcycles to the residents and visitors to West Lancs with a fabulous 30 mile route across the Borough.

People will be able to experience the magic of these vehicles from their chosen viewing locations, with the route passing through centres of population as well as picturesque villages and some excellent driving locations.

The route will also include a specially controlled run along a new closed road Hill Climb Course that is being developed by us.

Entries from all types and ages of vehicles is encouraged but large commercial vehicles cannot be accommodated due to start and road width restrictions.

To enter, simply click on this link  and choose the Tour Option.

Registrations from Marshals and Media are also encouraged.

Aintree Circuit Club, organisers of Motorfest, are delighted to announce that we now have the support of Liverpool based Cataclean Technologies.

Cataclean already have a big involvement in Motorsport with their Cataclean racing Team competing in the British Touring Cat Championship with Dan Rowbottom and their involvement with Motorfest is a perfect fit with their motor racing and consumer engagement.

Full details of Cataclean’s products can be found on their website:

With a portfolio of fuel and exhaust cleaning products that can bring down a vehicle’s emissions by up to 60%*, restore performance and improve fuel economy, we are widely recognised as a global market leader in the world of automotive additives.

Don’t take our word for it.

With over 700 reviews on Amazon, the majority of which are five-star, and recommended by Halfords Autocentre, our products are carried on the RAC’s fleet of breakdown vehicles – an endorsement we are enormously proud of – and conform to strict EU legislation, providing peace of mind that they do not harm the environment.

Our story started in 1995, when we developed and patented a range of convenient ‘pour and go’ solutions for cleaning fuel and exhaust systems before, during and after combustion, eliminating the need to pay for premium fuels at the pump.

From protecting and maintaining the catalytic converter to de-clogging diesel particulate filters, Cataclean Liquid Science in petrol and diesel versions to One Shot Bike and Workshop can also mean the difference between an MOT pass or fail.

We are a British company that exports to Europe, Asia, Africa and the US, with our products successfully tried and tested by a range of organisations worldwide, from the American Automobile Association and Metro Taxi in the United Arab Emirates (UAE) through to Lancashire Police and Veolia in the UK.

Crucially, our products have also had many testimonials from industry experts, as well as customers, including Car Mechanics and Professional Mechanics magazine.

From emission busting to engine maintenance, from performance restoration to increasing miles per gallon in cars, vans and motorcycles, we have it covered.

Find out more about the full benefits of Cataclean products and how to buy them.

Motorfest organisers, The Aintree Circuit Club, are delighted to announce that Motorfest Entries have now passed the 300 mark!

We are still negotiating for some very special historically significant competition cars to appear at Motorfest for your delight.

We will also have a live WWII Aircraft Engine Demonstration in Coronation Park during the day by local Aviation Enthusiast David Haughton.

You can still Enter for Static Displays and The Ormskirk Concours d’Elegance.

Due to further demand for Media Registrations, we have extended Registration until 23rd August,

Please Register online at this link: 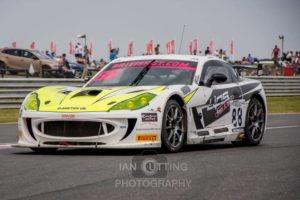 We are delighted that the Motorfest Parades have a full Entry and thanks to everybody for your superb quality entries.

If you have a race or rally car, we may be able to squeeze you in but no guarantee.

Please email mja@ormskirkmotorfest.com if you have an interesting Competition Car in top quality condition and running order.

Entries are still invited for the Coronation Park display are and our Ormskirk Concours d’Elegance, which features a special Class and Award for 1959 Motor Cars.

All entries are via our Online Entry Forms:

Enter your vehicle for the Coronation Park Static Display